Plant-based foods:
Not always as healthy as we think 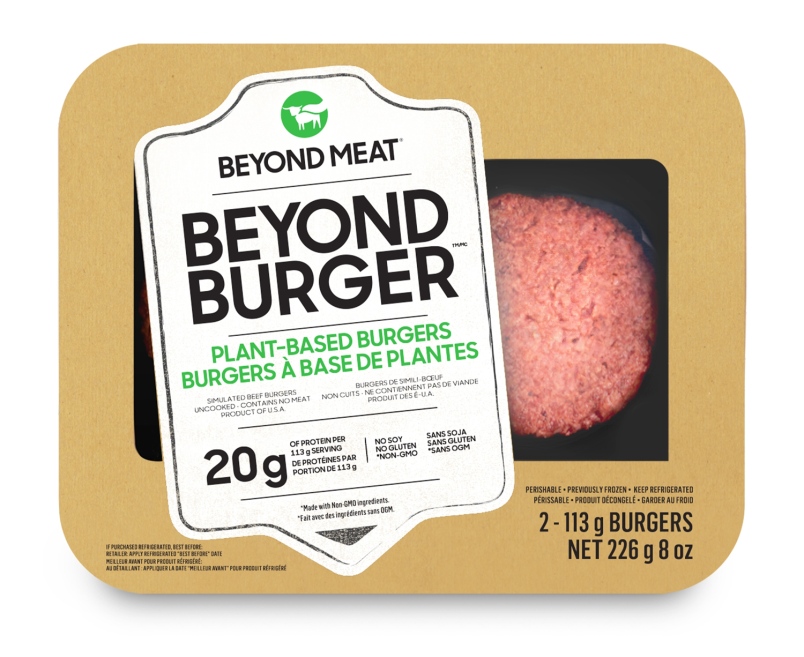 Vegetarianism has gained increasing popularity over the last few years. A survey conducted in 2015 by the Vancouver Humane Society has indeed estimated that 33% of Canadians have already transitioned to a vegetarian diet or have tried to reduce their meat consumption.

Those people follow a vegetarian diet for many reasons: usually for environmental, religious and health convictions. In fact, certain studies have shown that a vegetarian diet can decrease by 25% the risk of death linked with a cardiovascular disease compared to an omnivorous diet. This is due to the fact that plant-based foods have high fibre content, are low in saturated fats and contain molecules called phytosterols which contribute to decrease cholesterol levels in the blood.

But is eating plant-based foods a guarantee for good health? In fact, just as in an omnivorous diet, we find a host of vegetarian foods which are ultra-processed: chips, cookies, sugary cereal bars, fake cheese, vegan yogurt and of course the most recent plant-based food to have sparked much interest: the vegan burger Beyond the Meat! A lot of people have rushed to the grocery store to buy it thinking they would reap health benefits by substituting their traditional beef burger with that vegan burger. But is the latter really more nutritious?

According to the NOVA classification which is a tool recognised by the FAO (Food and Agriculture Organization) to classify foods according to their extent of processing, the Beyond the Meat burger would technically be categorised as an ultra-processed food. This is due to the fact that a plethora of additives such as cellulose, maltodextrin, methylcellulose, etc. are found in the ingredients list. Most of these ingredients have undergone various levels of processing and which we would not normally store in our kitchen pantry. 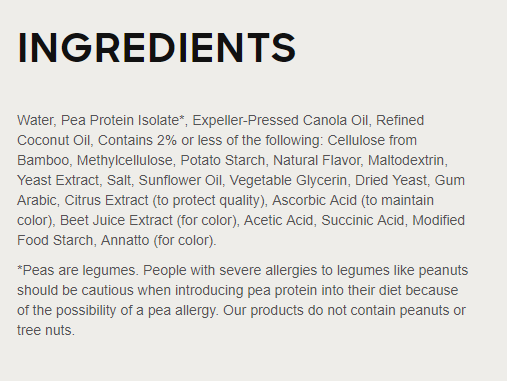 In a fact, a 2017 study has concluded that a diet high in processed vegetarian foods could even increase the incidence of developing cardiovascular diseases by 32%. Hence, the same health benefits associated with a plant-based diet that we mentioned earlier would not apply to all meat-free foods.

Also, upon a closer look at the nutrition facts table of the Beyond the Meat burger , we see that it is quite high in saturated fats (5g per patty), which is surprisingly high for a plant-based food and ends up being quite comparable to the amount of saturated fats in a beef burger. This could be explained by the use of coconut oil (added to mimic beef fat), which is relatively high in saturated fats. Studies have demonstrated that this type of fat could increase the LDL cholesterol which is a contributing factor in the incidence of cardiovascular diseases

With 380 mg of sodium per burger, the Beyond the Meat is also quite high in salt. As a rule of thumb, a food with more that 15% of the daily recommended values for a nutrient is considered to be high in that same nutrient. In comparison to a regular beef patty, the sodium content could be much lower since you would be able to control the amount of added salt.

But there are still some positive aspects to the nutritional value of the vegan burger. For instance, it is a good source of proteins (very comparable to a beef patty) and provides also a high amount of iron. As opposed to a meat burger, the Beyond the Meat has a higher fibre content, which could contribute to intestinal and heart health. 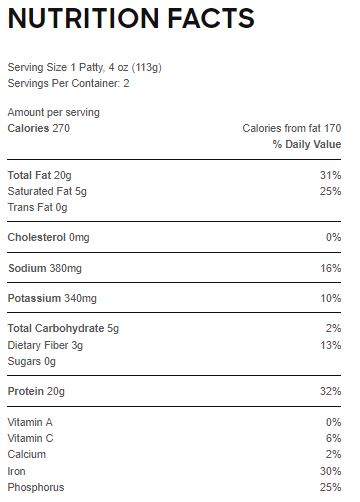 Bottom line? We are not against a vegetarian diet and are not demonising the Beyond the Meat burger since it can prove to be a good back-up and a meat substitute to enjoy occasionally. However, the connotation that it is healthier than a regular meat patty and could ward off certain chronic illnesses just because it is a plant-based food is just an illusion. It is therefore important to be skeptical of food marketing in an attempt to make informed food choices.

Intuitive eating as a means to achieve your well-being and your natural wei...

Bean salad with mango and avocado
Scroll to top