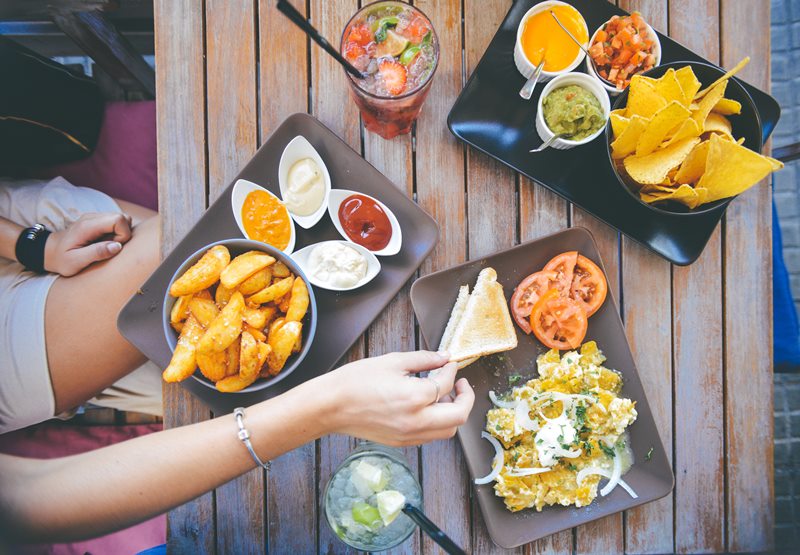 Spring is finally here and with the warmer weather comes the desire to lose weight for many people. Unfortunately, too often, people tend to resort to drastic measures of weight loss that promise rapid results but which can result in restriction, guilt and failure in the long term. In fact, research has shown that 95% of people who underwent drastic diets regain all the weight lost (and sometimes even more) over a span of five years. So why not turn to a more positive approach which is focused on a healthy relationship with food and on well-being? I invite you to learn a bit more on intuitive eating.

This concept developed by two American dietitians and later translated by a dietitian named Karine Gravel in Quebec, is centered on the respect of the internal cues that our body sends us. Hence, instead of using a restrictive and negative approach to regulate our food intake, we focus more on listening to our hunger and fullness cues and on the pleasure of eating while satisfying our needs without guilt.

Here are the 10 principles of intuitive eating:

Many people can be sceptical about this approach due to the fact that they are scared of losing control if they allow themselves to eat foods which are fatty and sugary. For instance, such comments that could arise: “If I give myself the permission to eat chocolate or chips, I might binge-eat and will want to eat only those types of foods thereafter.”

In fact, when an intuitive eater satisfies his food cravings, savours those same foods without any guilt and respect his fullness, the need to balance his food intake with other nutritious foods will happen naturally. So, yes, after having savoured a poutine, you could well be gravitating towards a nice refreshing salad for your next meal…not to impose yourself a restriction but simply because your body wants to find its balance!

On the other hand, if you eat your poutine with guilt and that you say to yourself that it is the last time that you give in to your craving, the poutine becomes a forbidden food. And what is forbidden becomes usually more appealing, and it is this kind of restrictive food behaviours that could lead to an excess food intake or even binge-eating episodes.

Studies have in fact shown that intuitive eaters tend to have a lower Body Mass Index (BMI) and have better eating habits.

In our practice, intuitive eating is an approach that we use a lot to guide our clients in reconnecting with their bodies. We show them how to savour their foods mindfully to make them as satisfying as possible in order to avoid food compulsions, which could then lead to weight loss which is maintained in the long term.

If intuitive eating is an approach that you want to try to build a healthier relationship with food and to help you achieve your natural weight, feel free to contact us to accompany you in your journey.

Plant-based foods: Not always as healthy as we think
Scroll to top