How do I curb compulsive eating? 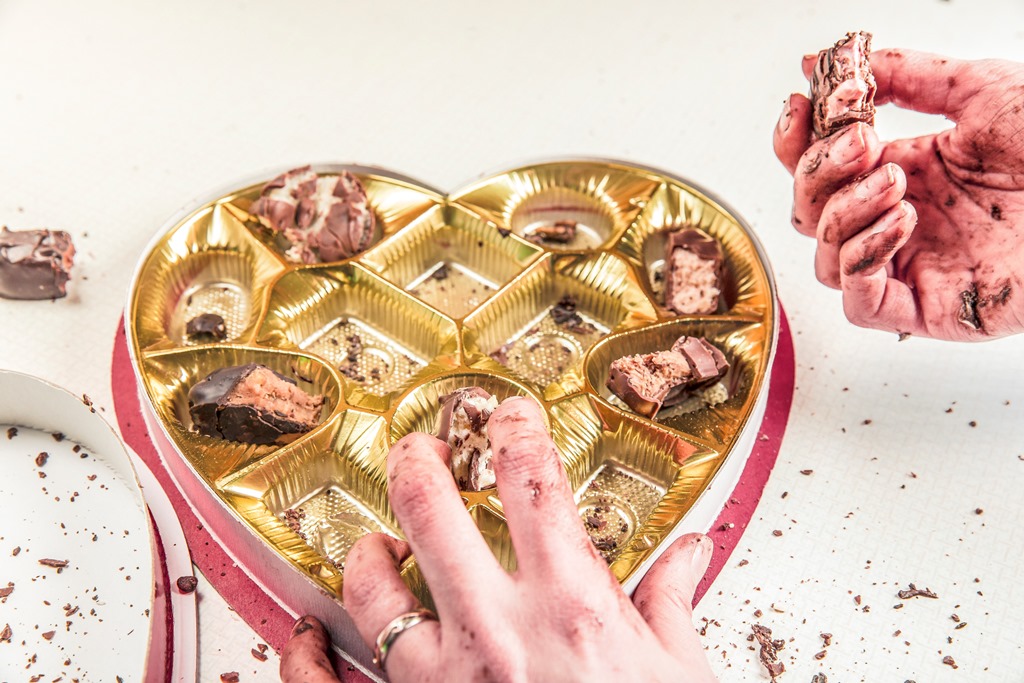 Have you ever experienced moments when you loaded up on a whole pack of cookies or potato chips without being able to stop eating? This type of behavior is called compulsive eating which is characterized by the loss of control associated to a food intake which often leaves us feeling too stuffed.

What are the causes?

These food compulsions can be caused by food restriction. In an attempt to lose weight, many people limit their food intake during the day; for example, they might take a smoothie for breakfast, a salad for lunch, no snacks in between meals despite being hungry. If you are among those people who eat that way, the probability that eating gets out of control when you get back home from work is higher.

How to decrease those episodes of compulsive eating

Instead of minimizing your caloric intake, try to improve the nutritional value of your meals by incorporating a protein source at each meal (eggs, cheese, chicken, fish, tofu, legumes, nuts and seeds). In addition, make sure to have some complex carbohydrates such as quinoa, sweet potatoes, whole wheat bread, pasta or rice at meal times. These foods will help to keep you satisfied and will help in keeping your hunger and food cravings at bay.

Often times, we have the tendency to demonize certain foods (bread, pasta, potatoes, cakes, candies, chips, etc), categorizing them as “bad foods” that should be avoided at all cost. However the very fact of not allowing yourself to eat those foods creates a feeling of frustration and other negative emotions. What becomes forbidden becomes more appealing. Eventually, you give in to the temptation because let’s be realistic, banning a lot of foods from your diet based on the fear that they will make you gain weight is simply not feasible. And when you do so, there is often a feeling of guilt and shame associated with the food intake because you blame yourself for having no will power. That feeling of guilt could exacerbate even more the food compulsions as instead of eating mindfully and savoring the food, you are eating with your head, thinking about the calories, the fat and/or sugar in the food you are eating. You are not fully satisfied and your taste buds ask you for more food, leading to the binge episodes.

Instead of forbidding yourself to eat a host of foods, why not listen to your food preferences? In doing so, your square of chocolate will taste much better and you will see probably that just a small quantity of it will be satisfying!

How to make your standard soup a wholesome meal

Binge-eating disorder: When eating becomes out of control
Scroll to top